The notion of military chaplaincy in America has, from time to time, been challenged in the courts. It has also been challenged in America’s churches and in American society. In the wake of the Vietnam War and Richard Hutcheson’s ground-breaking book, The Churches and the Chaplaincy (1975), the individual military services have sought to educate and train their chaplains in accordance with the U.S. Constitution’s first amendment: “Congress shall make no law respecting an establishment of religion or prohibiting the free exercise thereof…” Military chaplaincy is thus both defined and constrained by governmental factors to which civilian faith communities are not subject. Within such constraints, how can or should chaplains engage in outreach on behalf of their own faith groups? If military members are not affiliated with a faith group or are avowedly atheist, who are chaplains to them? On what ethical and moral basis do chaplains advise command? The chief objectives of this cohort are to review and strengthen military chaplains’ awareness of their ministry identity, to help them develop a Reformed theological understanding of their role, and to identify strategies for addressing human need in the military. 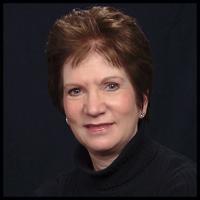 The Rev. Dr. Joan Wooten (Ph.D.), is a Navy chaplain (ret.) and Parish Associate at First Presbyterian Church, Pensacola, FL. Joan received her Ph.D. in Theology and Ethics at Union Presbyterian Seminary in Richmond, VA, in 2018. Her dissertation was “A Necessary Connection: The Doctrine of the State in Relation to the Church in the Theology of Calvin and Schleiermacher.” Before moving to Florida in 2003, she served as Presbyterian Campus Pastor to Old Dominion University in Norfolk, Virginia from 1993 to 2001. Ordained in 1982 by National Capital Union Presbytery, Rev. Wooten served on active duty as a Navy Chaplain from 1982 to 1990 and in the Navy Reserve from 1990 to 2013. She retired from the Navy in January 2013 with the rank of Captain. 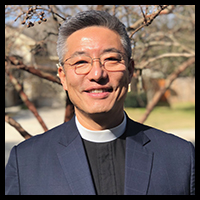 The Rev. Dr. Mark Lee is a Certified Educator Candidate (CEC) with the US Army’s CPE System in San Antonio, TX. He is currently an active duty Army Chaplain, serving at the rank of Lieutenant Colonel. Mark has over 17 years of military chaplaincy experience (13 years on active duty with two deployments to Iraq). Mark has taught Moral Injury for the Army and has given numerous presentations on Moral Injury, PTSD, and Posttraumatic Growth to churches and other civilian organizations.

The University of Dubuque Theological Seminary, an ecumenical seminary of the Presbyterian Church (USA), offers the Master of Arts in Mission and Discipleship (MAMD), the Master of Divinity (MDiv), and the Doctor of Ministry (DMin) degrees. A leader in distance theological education, we offer the MAMD and MDiv in both distance and residential formats.